We are joined on our Future Leaders adventures by some of the industry’s most skilled and loved artists.

Read more about the calibre of artists leading masterclasses and talks at our residentials. 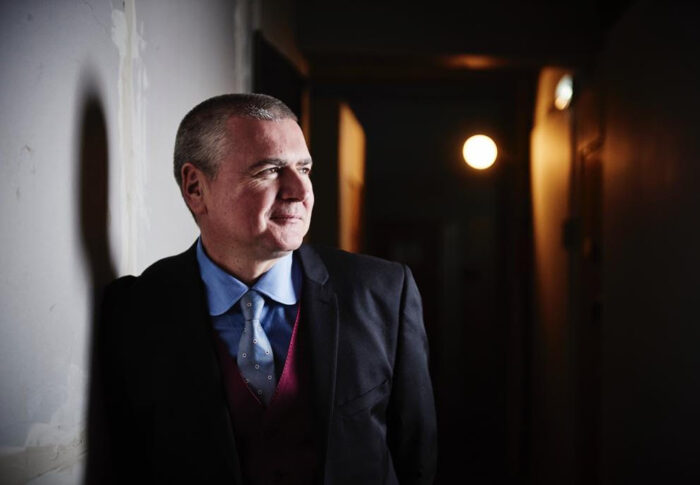 We are delighted to welcome Patron Steve White to the Future Leaders team. Steve is excited to have the opportunity to share his wealth of knowledge with our young leaders.

“The Future Leaders programme is a fantastic opportunity to improve as a drummer and as a person , to develop potential and increase knowledge and skill on the drumset, any serious young student of the instrument should think of applying” – Steve White

Steve White was born in Bermondsey, South London and has lived in the south part of London all his life. He began to show an interest in drumming through a snare drum that was given to him by an uncle at the aged of eight and he played side drum in his local Boys Brigade Company.

Steve progressed quickly under the tutorage of Mr George Scott, an experienced veteran of drum and percussion teaching at Eaglesfield School, and was exposed to the skill and playing of drummers such as Buddy Rich and Gene Krupa. At age 11 Steve first saw Louis Bellson play live and from that point was totally hooked, practising and playing at every opportunity. At 20, Steve went back to school enrolling in drum lessons with Bob Armstrong. As well as working with The Style Council, Steve was drumming and playing percussion with various groups on the Respond label and pursuing a relentless path of practice and dedication devouring the knowledge that Bob presented him like a religion.

Steve went on to play and tour with the Jazz Renegades, his own band co founded with the amazing saxophonist Alan Barnes, and with such groups as Working Week, Galliano, The Young Disciples, The James Taylor Quartet, and Ian Dury. After a couple of years of relentless touring Steve found himself taking a break in London and appearing on the final TV show that The Style Council were doing and it was during this that Paul Weller suggested Steve play for some new songs he was working on.

In 2001 Steve found himself devoting more time to his new career of teaching under the guidance of long time friend George Frederick, and launched a successful career as an educator at the “Freddie Gee Drum Academy”. He also worked as a product consultant at Premier Drums, co designing the acclaimed “Modern Classic” snare drums for the company. At this time Steve also filled in for younger brother Alan in the hot seat for Oasis on the band’s American tour and for Ocean Colour Scene’s drummer Oscar Harrison promoting their greatest hit’s album.

After the release of Illumination in 2003, Steve went onto release as drummer and co-producer on much of the album the acclaimed album “Studio 150” with Paul Weller.

On July the second Steve took to the stage at Hyde Park to perform at LIVE 8 performing drumming duties with the legendary Who.

2005 saw the release of the second album “From the Six Corners” by the Players, Steve’s band with Damon Minchella and Mick Talbot, and Paul’s new studio album “As is now”.

Steve has taken time from road duties to pursue more work as a clinician and educator, he appeared at the third year of the Picking Up Sticks festival in Oldham, he got to play double drums at a charity concert with the legendary Ian Paice and in 2007 took part in the inaugural “Worlds Greatest Drummer” concert paying tribute to Buddy Rich. In September 2008 Steve appeared at the world famous Drummer live concert and then reunited with the Red Hot Chilli Pepper’s Chad Smith for eight sold out UK dates.

In April 2008 Steve alongside former Paul Weller band mates released “The return of the Iron Monkey” and spent part of that year touring with the group including appearances at the Paris and Milan Jazz Festival. In Dec 2008 Steve appeared in London to pay tribute to the great Ginger Baker alongside Kieth Carlock, Simon Phillips and the great man himself.

In 2009 Steve has found time to make appearances with the legendary Jon Lord in the UK and Brazil and to stretch his talents in producing hotly tipped UK artist Sam Gray.

In recent times Steve has recorded with Matt Deighton and Damon Minchella as The Family Silver, and has played on solo albums with Matt. Steve is currently drumming for Hague and White; their debut album came out in January 2019 and they recorded the soundtrack for Channel 5 drama Cold Call. The band are currently writing for various TV projects. In 2018, Steve won both the RTS Award and the Venice TV Festival Award for best documentary for the Sky Arts series ‘The Art of Drumming’. Steve is currently professor of drum set studies at Trinity Laban in Greenwich London. 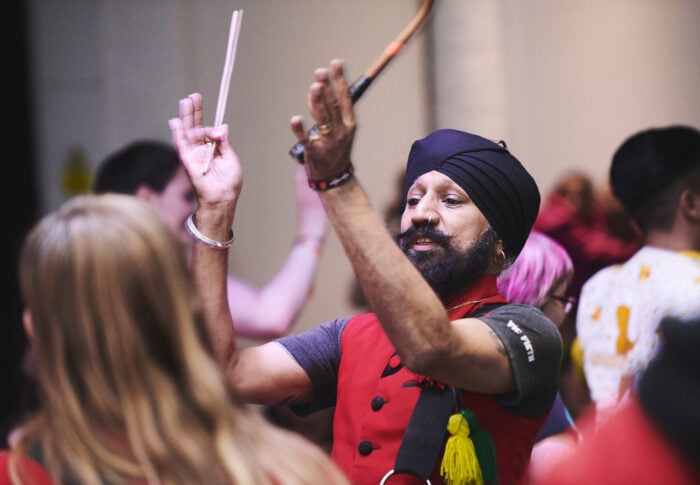 We are proud to welcome our Patron Johnny Kalsi to the Future Leaders team.

“I’m delighted to be a part of something so exciting and what has momentum and legs for the future. I’ll look forward to visiting the young people on the course again” – Johnny Kalsi

Johnny Kalsi was born and raised in the United Kingdom. As a youth, he became increasingly interested in music, although his parents had other aspirations for him. Johnny first learnt the art of the Tabla at his local Gurdwara from the Late Prof. Gurmeet Singh Virdee fand slowly became intrigued by the Dhol. Being in a time where there where not any Dhol Groups Johnny Kalsi took to teaching himself the complex beats of the Dhol and essentially redesigning the traditional beats of the Dhol to his own specifications. Taking the North Indian Tabla Gharana (House) Style of playing and Dialect, Johnny adapted the teaching technique to work on the Dhol Drum. Living in the UK his exposure to a variety of genres embraced both traditional Indian music as well as Western influences. His style became a blend of rhythms utilising a mixture of both Eastern and Western instruments.

In 1988, Johnny Kalsi joined the pioneers of Bhangra Alaap and Mela Group. After performing at a number of weddings and Melas Johnny Kalsi fulfilled his aspirations to try out something different. From this he then went on to found The Dhol Foundation, to which he began teaching in small halls and living rooms! As The Dhol Foundation grew Johnny began to open classes all over the UK and eventually the classes went global and spread over to Canada. Parallel to this Johnny Kalsi became well established in the Western music industry and landed a publishing deal with Peter Gabriel’s Real World Records. With this Johnny Kalsi took Bhangra to the next level and emerged the traditional sounds of the Dhol with influences all over the world. While working along side Mr Gabriel himself Johnny Kalsi became the Ambassador for the WOMAD festival as well as becoming ‘Friends with Eden’ and making The Dhol Foundation a limited company.

Johnny has also played with a whole range of music groups, from the golden age of Bhangra with the pioneers Alaap & Channi Singh OBE, to more collective groups such as Trans-Global Underground, The Imagined Village and The Afro Celts Sound System.In 1995, Kalsi joined an emerging World Music organization founded by Peter Gabriel, based at  Real World Studios in Box Wiltshire, England. That connection served as a springboard for his career and exposed his talent to a global audience. Johnny Kalsi released his debut album in 2001 ‘Big Drum Small World’ . The album was recorded all around the world and his influences were drawn from the bands he had played with. Big Drum Small World was a storm for the global music scene. Johnny gained an immense amount of experience in the studios and his vision and pallet gave him the ability to create and write great music.