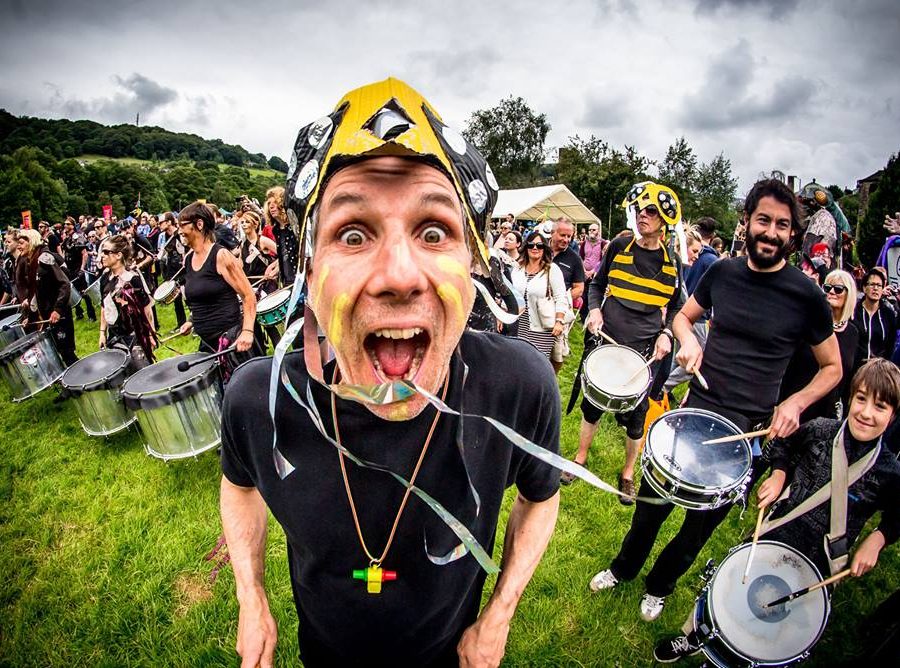 Mitch is a drummer, percussionist and educator. He joined the Global Grooves team in 2017 as an associate artist for The Desi Carnival.

Mitch has been hitting, scraping, tapping and banging things for most of his life but became a professional percussionist over 25 years ago. He has worked on stage and theatre in many different styles and genres performing on regular UK, European and world tours as well as being a studio musician and band leader.

He runs his own carnival band, Battuta, and a community-based Brazilian Samba group, Hand Made Samba, who both regularly perform around the UK. There is also international function band, The Feds, and he is also a member of the Swiss-based band, Soupabads, having performed in-residence on consecutive years at the world famous Montreal Jazz Festival.

A few years ago, Mitch was lucky enough to be one of five UK percussionists chosen to work with the world-renowned French group, Les Commandos Percu, for the opening and closing ceremonies of the 2012 Cultural Olympiad. This experience was a real inspiration for Mitch, opening up many new avenues and allowing him to realise more about his skills as a performer and creative practitioner.

Mitch has spent many of the past 25 years involved in a wide variety of teaching and workshopping projects in an equally wide variety of settings. He feels that it is so important to share experiences, which has led him to working in schools, colleges, prisons, special schools as well as in the corporate sector.

Much of this work involves facilitating workshops in Brazilian, Middle Eastern, North and West African and Cuban styles of percussion as well as drum kit. He also has a great interest in making percussion instruments either from recycled materials or taking apart existing ones and putting them back together as original percussive creations.