Freya Bennett-Nielsen is a valued member of the Global Grooves Office, working and organising the wonderful programmes held by Global Grooves.

She’s one of our programme managers and all-round doer-and-shaker. We’re so fortunate we met Freya during our Future Leaders programme as she’s since become a vital part of the team – and she’s a fabulous dancer and drummer to boot!

Dancing from an early age

Freya began dancing at the age of six, with jazz, tap and ballet her routes in, before moving on to street dance and hip-hop.

From a musical family, Freya participated in competitions and shows across the UK, which helped her develop skill and panache.

But, as she grew older, the numbers in her classes dwindled and it was clear her peers weren’t quite as passionate about dance in all its forms as she was.

‘I knew I wanted to do something with dance, but whether it was to go to college with it or start my own company or do something else entirely, I wasn’t sure,’ she says. ‘But other people were dropping out around me and I was left wondering what to do.’

Fortunately, though, it was her GCSE dance teacher that told her about the Future Leaders [link] programme, then in its second year, and Freya was intrigued.

‘I watched the video and looked through the photos and thought “this looks brilliant!” but I didn’t really know what to expect. I was 15 at the time and not so confident, but my dad had heard about The Vale and made the connection with Future Leaders, and was really encouraging,’ she recalls.

Future Leaders comprised of a week-long residential at the beginning and end of the programme, with residential weekends and distance-learning tasks in between.

‘It was just incredible. We had talks from all sorts of people, such as Dave Moutrey [Manchester Director of Culture] and Company Chameleon, this amazing dance company. Emma, who was the same age as me and had done Future Leaders the year before, led a drumming workshop and it was so inspiring!’ Freya says. ‘The dancers, 10 of us, spent an intensive week working with Adriana [Rosso, Global Grooves’ lead choreographer] who is just this powerful, incredible dancer with such knowledge but made all this new stuff – the Orisha dances – seem so accessible.’

Though Freya was already an accomplished dancer, this comprehensive introduction to the Carnival world sparked something new, exciting and all-encompassing.

‘I went back to school and couldn’t believe what I’d experienced.’

Full time member of the team

Though Future Leaders came to an end, Freya felt she was at the beginning of something new – and substantial.

‘I started going to The Vale and volunteering and participating in whatever I could. Future Leaders got me drumming so I joined the band Jubacana; I helped out with the costumes for The Tempest; the picture just got bigger and bigger.’

Global Grooves has always been serious about developing artists, so Freya was invited to produce and project manage the Celebrate Festival which took place in Mossley in August 2017.

‘I remember being at The Vale one dark evening after school and being asked and I just kept saying yes! Again, I didn’t really know what to expect, but the opportunity to work alongside the team – this incredible team of people I really admired for loving what they do and being so great at what they do – was too good to pass up,’ she says. ‘It was daunting working on Celebrate at the same time as doing my GCSEs, but it was such a good experience.’

With tasks as diverse as artistic programming, scheduling police and fire cover, and arranging temporary events notices, Freya had her work cut out for her.

‘It was funny to think that I was coming home from school and working on a festival! It opened up a massive opportunity for me to shadow and learn, but also for me to feel that responsibility. It would have been so easy for the rest of the team to take it on and do it, but they didn’t. And I never thought I could stand in front of a group of volunteers and brief them on what they were supposed to do, but I did it!’

Freya made such an impression – after all, she’d done the impossible and arranged for it not to rain on the day of Celebrate! – that she was soon offered a full-time role with Global Grooves.

‘I’m constantly learning; it’s new and exciting all the time. The growth of Global Grooves will inevitably influence my role, and the redevelopment of The Vale might mean my role grows a whole new limb!’

After being the Arts Administrator in the Global Grooves office Freya has since developed to becoming a Programme Manager. 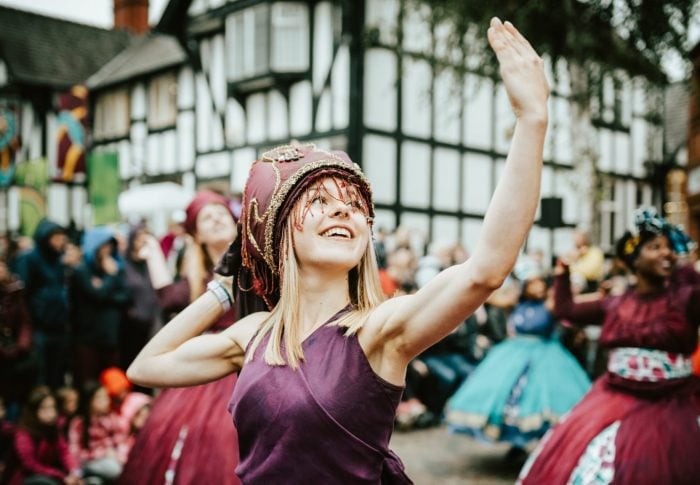 Freya completed our Future Leaders programme in 2016 which quickly opened up an inspiring world of new experiences and possibilities. As a multi-talented young Carnival artist, she has completed extensive on-the-job percussion and dance training as co-dance-director of Juba do Leão and project manager with Jubacana. 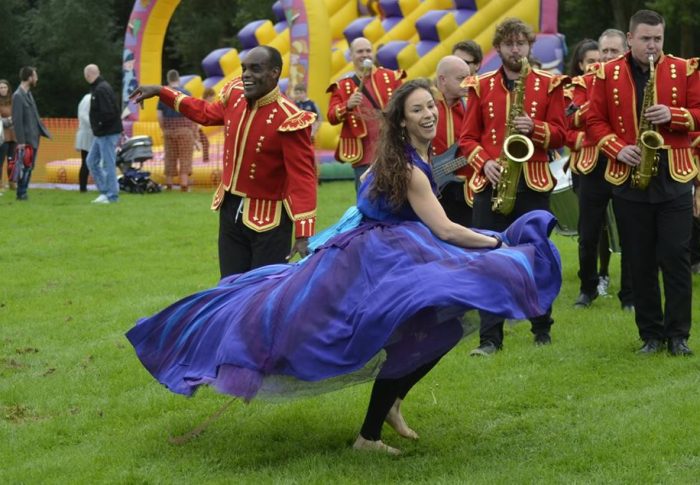 The first Celebrate Festival took place in our home neighbourhood of Mossley in 2017.