Volunteering with us on a mass batiking session? Making headdresses or lanterns at a community workshop? Dancing en masse at one of our performances?

Then you might well have bumped into Lauren Moore, one of our multitalented visual artists who often also has the pleasure of wearing her creations.

A degree in Textiles and Jewellery at Liverpool Hope was turned upside-down when Lauren discovered Carnival.

‘I’d been making jewellery on my degree when I started Samba dancing in Manchester. I’d always wanted to dance but, having thought that you needed to be especially balletic, I’d never done it. Then I found Afro and Brazilian dance styles and I started to incorporate Carnival into my degree. I really freaked out my lecturers when I suddenly started making Carnival headpieces! It was an about turn!’ she says.

After graduation, Lauren had begun to work as a freelancer in costume but was eager to learn more about Carnival from a visual arts perspective.

‘I volunteered for [Global Grooves’ performance] Desi Carnival in 2017, so I came along to The Vale to make headdresses and an elephant puppet. I had the skillset, essentially, but there was still loads to learn from a Carnival perspective. I’d done some soldering and blacksmithery during my degree and it was so good to be able to use it – so many people I know don’t get to use their degrees!

‘I love Carnival because it’s so interactive and accessible. I love that it’s an artform that’s not just for one demographic of people; someone might be out doing their shopping when they encounter it, and it’ll completely take them by surprise. I also love that it can be therapeutic, particularly from a visual arts perspective. Someone who might be suffering from an illness or have mental health issues can come in to volunteer and make something and they’ll get so much from it.’

Carnival has also provided Lauren with plenty of welcome artistic challenges over the years.

‘There’s always something new to learn, and the chance to work with so many amazing people. Carnival always takes you to interesting places, artistically: scaling a puppet up so it’s huge but still fits under a bridge? I always enjoy the engineering side of things,’ she says.

Following Lauren’s success at Desi Carnival, she applied for Creating Carnival: Illuminated in 2017 which allowed her to take her visual arts full time – and leave her office job behind.

‘I loved learning from such experienced people and making lanterns and lit puppets that later went out at Tameside Winter Carnival and Mossley Light Festival.’

After that, Lauren found herself part of the Global Grooves furniture.

‘I just kind of stayed! I gave myself six months after Creating Carnival, but opportunities kept coming through and I had a really good year. I was invited along to Gambia with the rest of the Global Grooves team to deliver puppet and lantern making workshops in schools before putting together a parade. It was brilliant, and so emotional! I remember this one particular moment when one of our artists started singing a traditional song and loads of children joined in. It was incredible.’

Lauren is now one of our regular visual artists, in the studio most weeks and working on a vast array of projects.

‘It’s quite an informal arrangement: I’ll just get a call or an email when a new project is starting up, and I’m so grateful for the opportunities that come my way,’ she says.

She’s also looking forward to the new facilities that will be part of The Vale once it reopens, fully refurbished.

‘I’ve always wanted to do more welding and The Vale’s going to be having new, purpose-built welding facilities which is very exciting. I would like to keep learning with batik, because there’s always so much to learn there, and I’d like to make more big structures, because they can vary so much. Something that involves mechanics, where I can get to grips with moving parts. Basically everything – there’s always so much to go at!’ 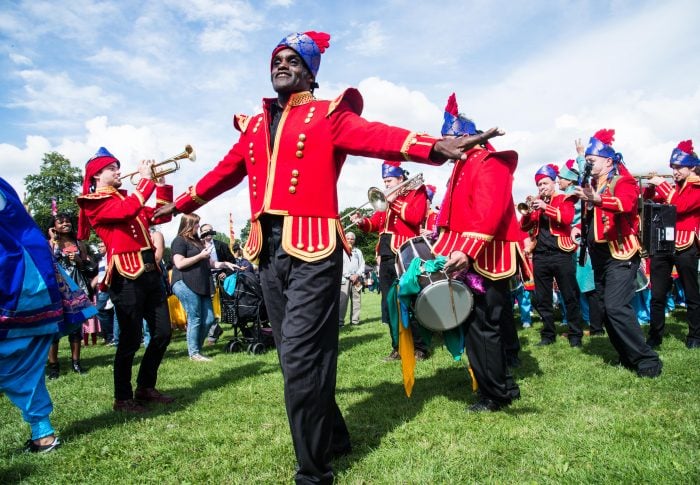 Take a look at our video documenting our Creating Carnival Illuminated project in 2017... 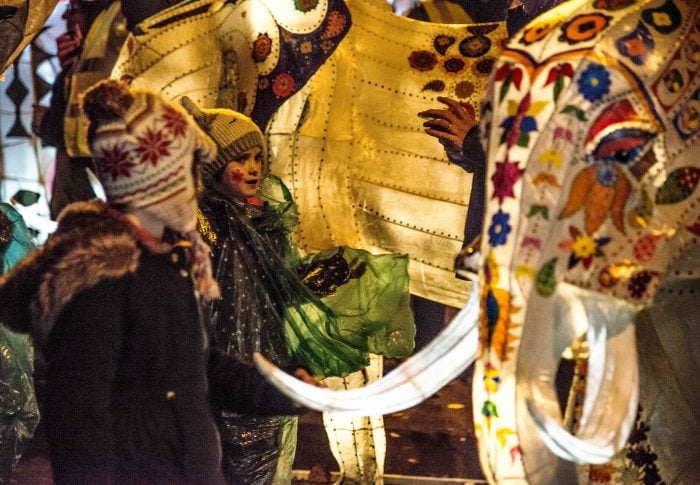 This winter-time celebration brings together everyone from our beautiful, unique community. 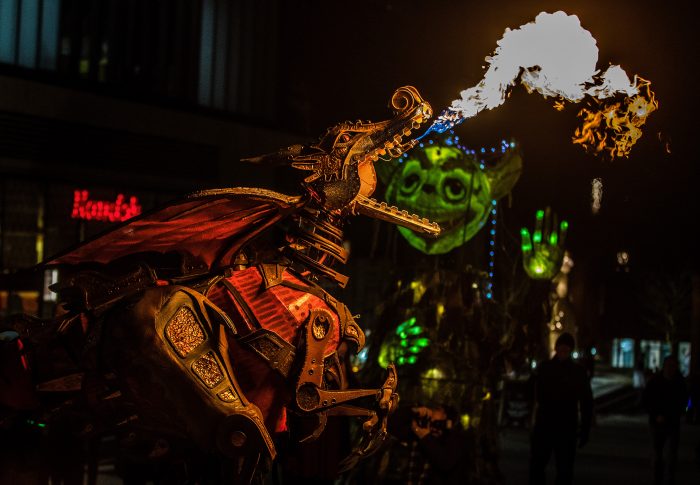 Bessemer and the Plague Doctors

The eerie Dragon Plague Doctors are on the hunt for something to be purified with dragon fire, so when Bessemer spits, you know she’s on to something – watch out! 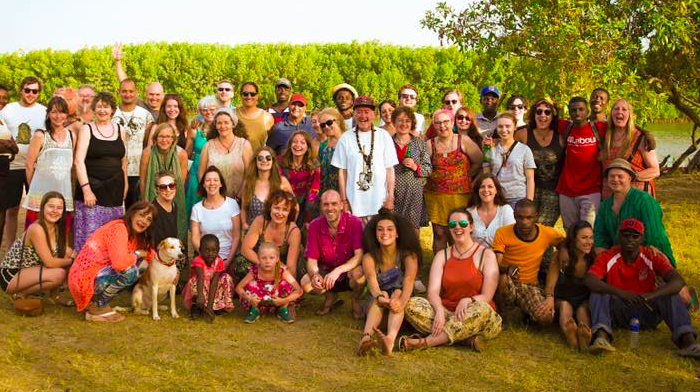 In January 2018, Global Grooves took a team of 40 artists of all levels of experience to the Gambia on an international study experience. 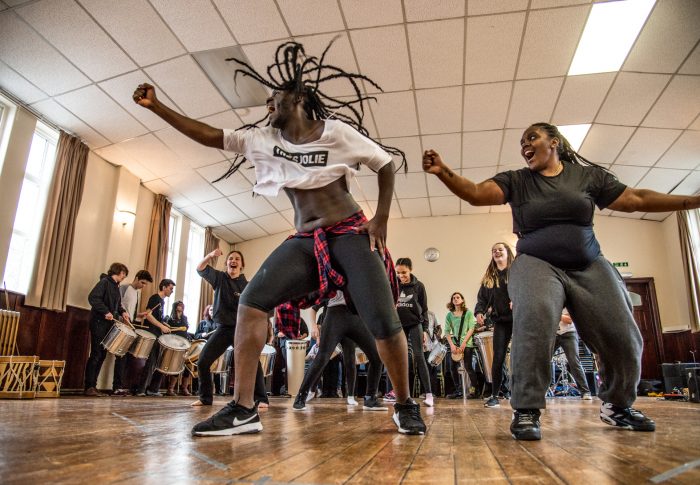 We’re especially proud of our Future Leaders programme, designed to enable the next generation of arts leaders to pave the way for those that follow.