For percussionists, brass players, singers, and other instrumentalists

There are a huge number of different types of music in Cuba, all of which reflect its diverse European and African heritage. It is a huge and powerful force in global music. Cuban music is the basis for salsa. It’s fiery, intense street music, such as rumba, and the music of carnival in Cuba, the Conga, have been wandering the globe since the mid 20th century, and have inspired musicians and dancers from Japan to Belgium. The chilled lilt of Cuban Son continues to delight people the world over, more than 100 years after its creation. This masterclass is a chance to discover what makes it tick, what gives it the essential kick, the heart-beat of Cuba.

This is a workshop for anyone already interested in, or playing, Cuban music, players (percussionists, singers, and instrumentalists), and/or those intrigued to find out more about it, whether you have played any before, or simply listen, or dance to the music, and would like to know more and have some experience of trying to play it.

The workshop aims to explode some of the popular myths about Cuban music, to explain some of its key elements, describe the basis of simple polyrhythmic structures, to elaborate why it plays with our ears, and explore the difference between hearing and understanding. If that sounds ‘deep and technical’ to you, don’t worry it isn’t. We will focus on participating in the music through playing rhythm games, singing, hands-on percussion, and listening and interacting with others. Cuban music traditionally makes use of a mix of simple and complex rhythms, each as important as the other.

We will use examples from Cuban street music to explore the conventions of the music: ideas like, what is important in Cuban music, how does the brass tie to the percussion Hopefully equip you to hear more in the music, to know how to work within it on your instrument, and will also hopefully inspire you to explore the music further by getting involved in playing it, dancing to it, or simply listen more widely.

Christian Weaver has more than 25 years’ experience playing and teaching Cuban music in Europe and Cuba. He directs numerous Cuban music projects in the UK, runs study courses in Cuba, and has a PhD in Ethnomusicology (The Voice of the Drum in Cuban Rumba). His training in Cuban Carnival started in 1996 with the famous Cuban comparsa, Los Componedores de Batea. He is an initiated ritual drummer and a perpetual researcher in the world of Cuban street music. His mix of training, research, and performance experience, combined with an interest in traditional teaching methods, give him a unique take on running workshops.

The workshop is suitable for percussionists, singers, brass players, and other instrumentalists.

Numbers are limited to 35 people, on a first come first served basis.

If interest is very high, we may release several more tickets.

Arrive 10:30am to register and settle in. Workshop to commence at 11am.

Lunch – there are several local shops and food vendors close to the Vale, but we recommend bringing lunch along with you if you are less familiar to the area.

Booking in advance is essential.

Parking is available if required, but we encourage you to explore public transport options, walk, or carshare where possible. Mossley train station is 15 minutes walk from the venue.

GET INSPIRED BY CUBAN GROOVES AT OUR “MOJITO” GIG NIGHT ON SAT 16TH OCT AND MAKE A WEEKEND OF IT! Tickets available here: https://www.the-vale.co.uk/event/mojito-salsa/ 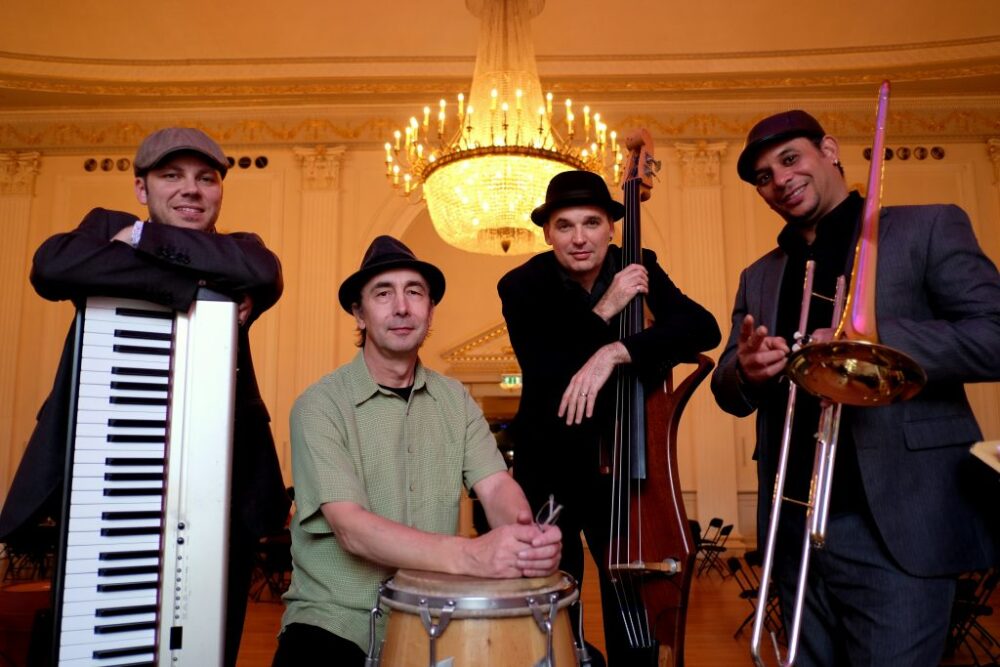