The oldest Chip Shop in the world?

The story of J. Lees's Chip Potato Restaurant and a history of the humble fish and chip supper

The Potato. It came from Peru don’t you know! Brough to England in the late 16th Century by Sir Walter Raleigh. But what about the chip, where did that come from? The French claim to have invented it with their ‘French Fry’ but we had “potato’s boil’d and fried in butter” in Britain according to ‘The Accomplished Cook’, a cookbook published in 1660 by Robert May [1]. Exactly when and where the first ever chippy emerged though is the topic of some contention with both Lancashire and London laying claim to have invented this famous and most English of meals, the humble fish and chips. Chips were a cheap, staple food of the industrial north whilst fried fish was introduced in London’s East End. [2] 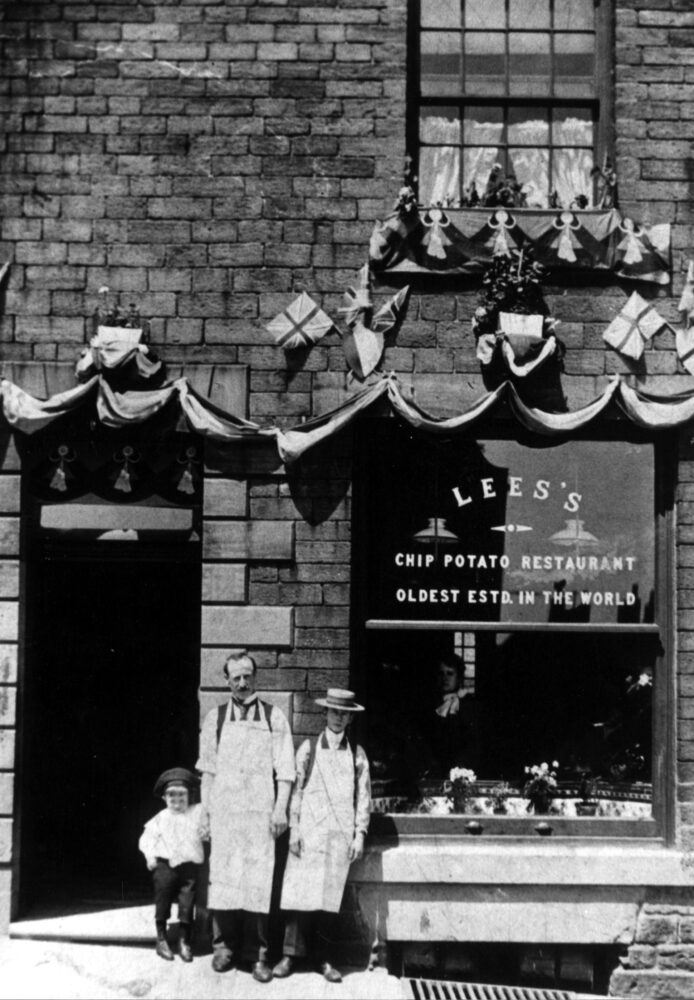 And it was in London’s East End that a young Joseph Malin, who came from a family of rug weavers, began frying chips in the family home to supplement their income, and first put the fish and the chip together at just 13 years old before opening his own shop in 1860. [3] Meanwhile, up in the North of England, John Lees was selling fish and chips from a hut on Mossley Market before he opened his shop on Stamford Street in 1863. The window of Lees’s shop was ensigned with the slogal ‘LEES’S CHIP POTATO RESTAURANT OLDEST EST. IN THE WORLD’. But, as Professor John K Walton, author of Fish and Chips and the British Working Class, 1870-1940 puts it, “We don’t really know who was first. Several places popped up around 1860 and nobody knew at the time that something important was beginning”. 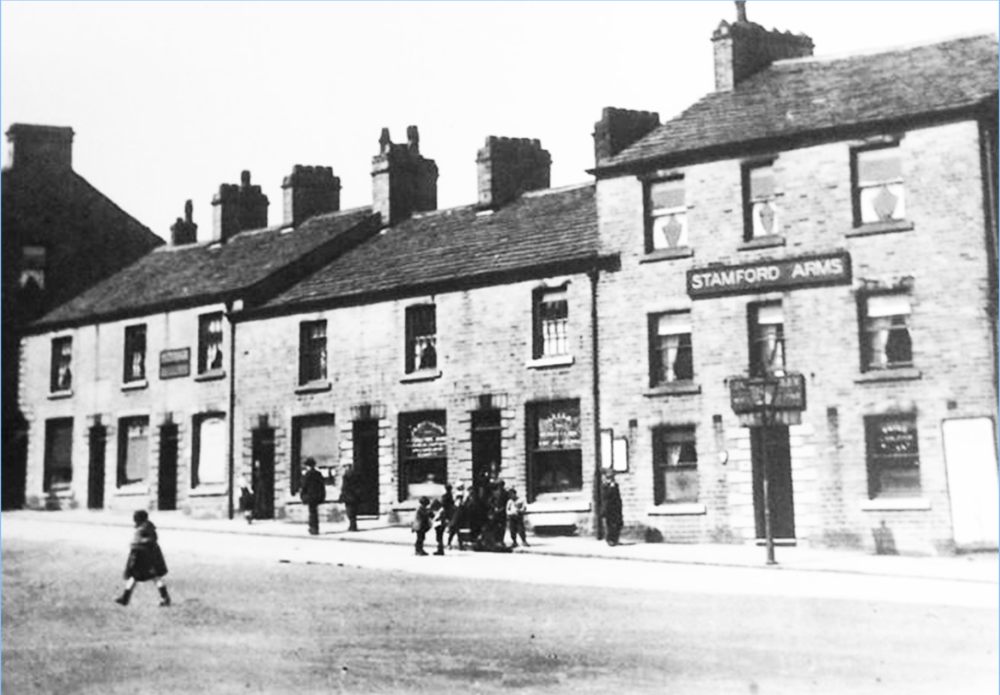 While J. Malin’s traded for over one hundred years until it finally served it’s last chip in the early 1970s, Mossley’s claim to the first chippy, J. Lees’s is still serving up chips today as the oriental take away Man’s Wok. So if Mossley doesn’t have the first or oldest chippy, it’s certainly got the most continuous and longest lasting and is still frying our national dish right now! 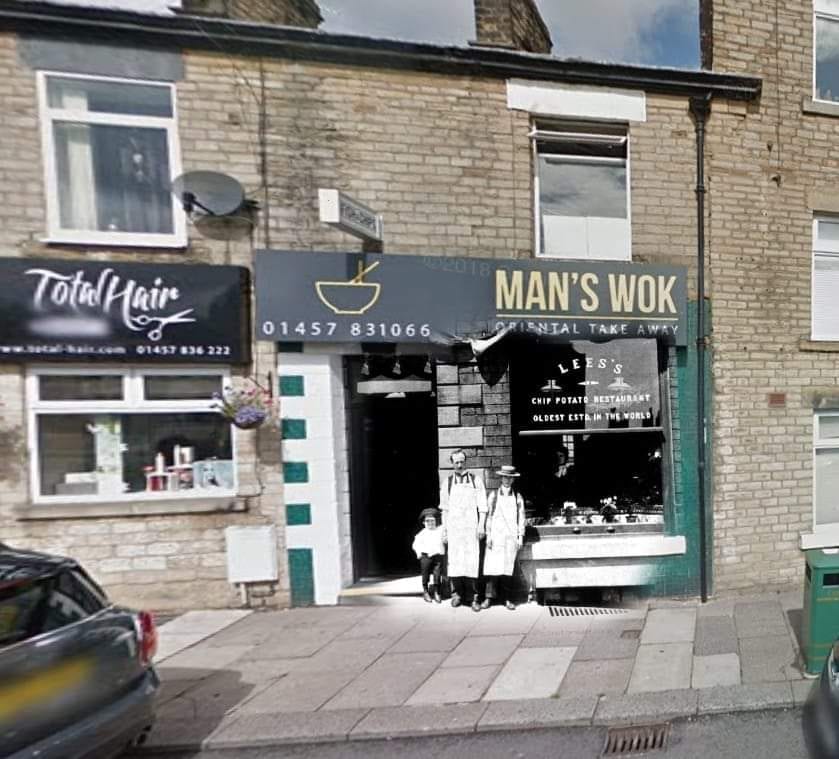 Image by Gary Taylor – Past and Present Photographs

There were around 10,500 fish and chip shops in the UK in 2020. With around 229million portions of fish and chips served every year! But the modern appetite for takeaway food is changing with the advent of food ordering apps and small independent retailers are getting left behind. This is especially the case for Chinese takeaways with figures revealing that eateries are diminishing in the UK. The Chinese takeaway is probably the nation’s second favourite fast food and an integral part of British culture as much as fish and chips. Journalist Angela Hui writes ‘A joyful celebration of Britain’s Chinese takeaways’ and talks about how her family emigrated to the UK from Hong Kong in the 80s, running a takeaway in South Wales for over 30 years before they eventually had to say goodbye to their business in 2018 [4].

So let’s all support this unique Mossley heritage and just BUY MORE CHIPS!

[4] VICE : How Britain Fell Out of Love with the Chinese Takeway by Angela Hui, September 9th 2019 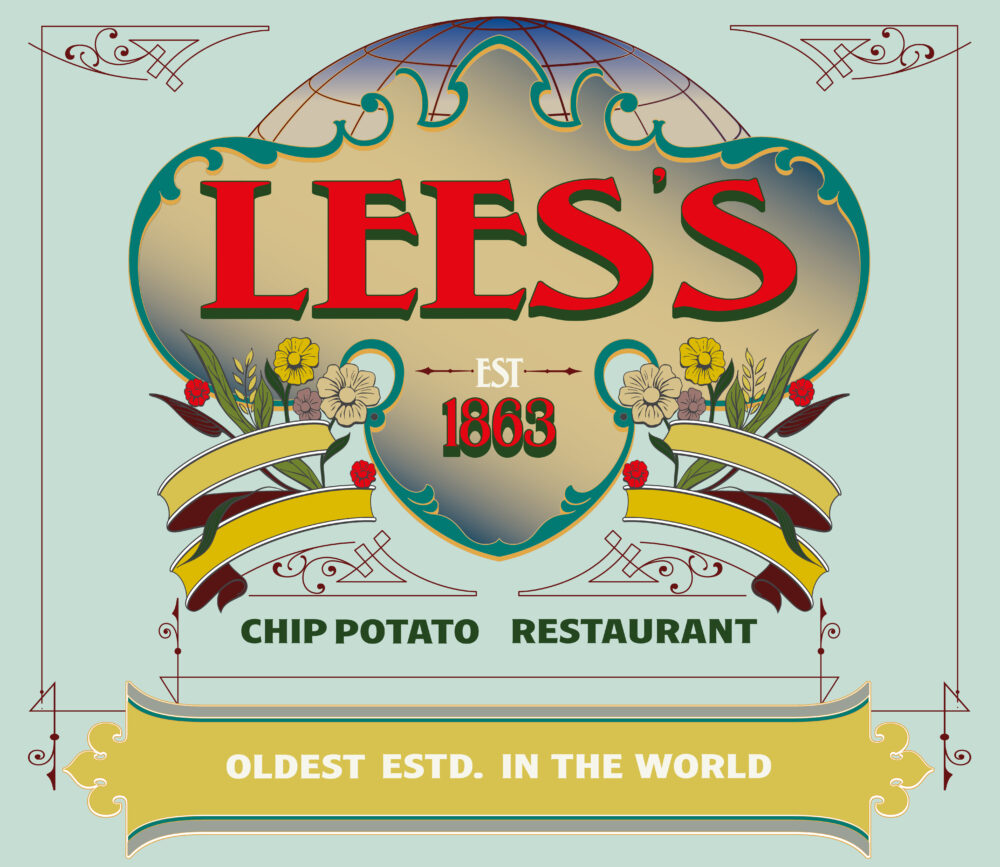 New artwork by Signs by Umberto that reimagines a sign for J. Lees’s Chip Potato Restaurant. This artwork is part of a new exhibition at Mossley Train Station. Eleven intricate sets of panels are fitted along the platform and in the station waiting room, drawing inspiration from the vintage signage and advertising typography of Mossley’s local retailers through the ages, including long-gone butchers shops, photography studios and drapers.

UP OUR STREET
BACK TO PROJECT HOMEPAGE