We wanted the opportunity to bring on some of our newer, emerging artists to work at a larger scale and put their ideas to the forefront.

To mark the 400th anniversary of Shakespeare’s death in 2016, our artists decided to work on The Tempest – Carnival style.

It was crucial our parade felt visually overwhelming to successfully immerse our audiences in the chaos and whirlwind of The Tempest. A masquerade camp brought together visual artists and eager volunteers to work on over 100 headdresses and other accessories for our performers who would be invoking Caliban and his slave status through the Devil tradition of Trinidad and Tobago. Beautiful ocean wings were created to accompany – and submerge – our ship as part of the parade.

Masterclasses took place at Halle St Michael’s and Halle St Peter’s to bring the music and dance together, with performers of all different abilities including a community drumming ensemble from Mossley.

Liverpool’s Brazilica Festival was the location for an early performance of The Tempest in parade form, while the performance was adapted for a static set at Manchester Jazz Festival later in the summer – and we were utterly blown away by the reception from the crowds. Massive kudos to our artists for creating and delivering such an ambitious, energetic performance. 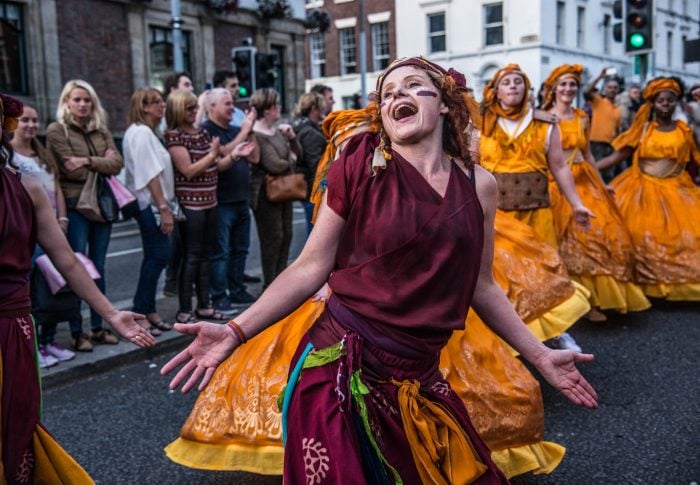 Bridget joined the Global Grooves team in 2016 as part of Creating Carnival. Having performed with Global Grooves previously, she was then offered the opportunity to choreograph the dance for The Tempest. Using traditional dance from Brazil, Cuba, and the Caribbean Islands, the story was retold in Carnival form. 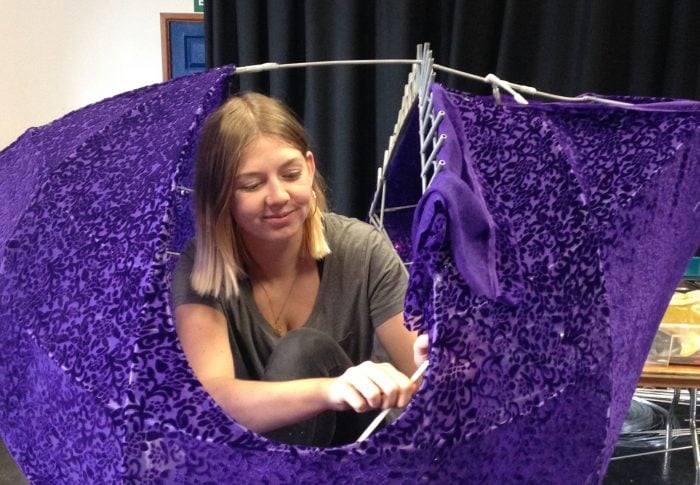 Rowan has been working with Global Grooves since 2016. After completing her studies in Textiles at Manchester School of Art, she became a young apprentice on Global Grooves’ Future Leaders course as a visual artist. 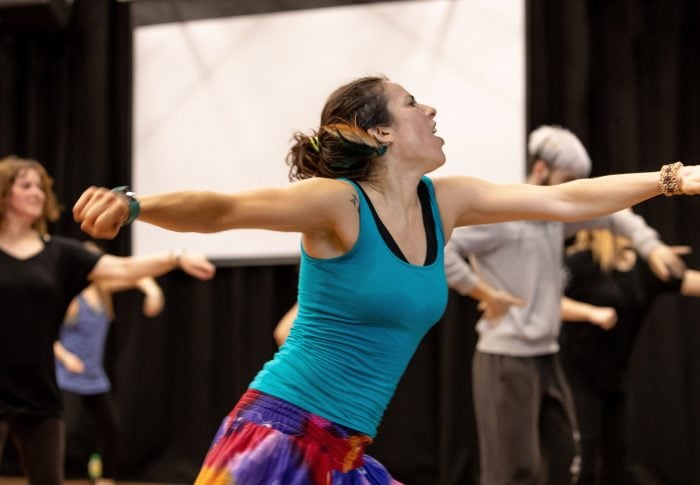 Adriana is an exceptional performer and choreographer with over 20 years’ experience in choreography, dance performance, training and teaching worldwide. 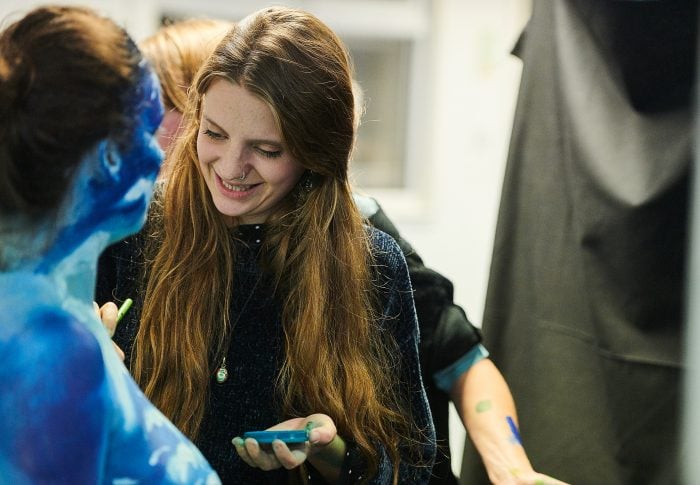 Kate has been working with Global Grooves since 2016 as a trainee producer and project manager, and as a visual artist. She graduated from Manchester School of Art in 2015 with a BA in Textiles and since then, Kate has found a love for Carnival and Community arts.