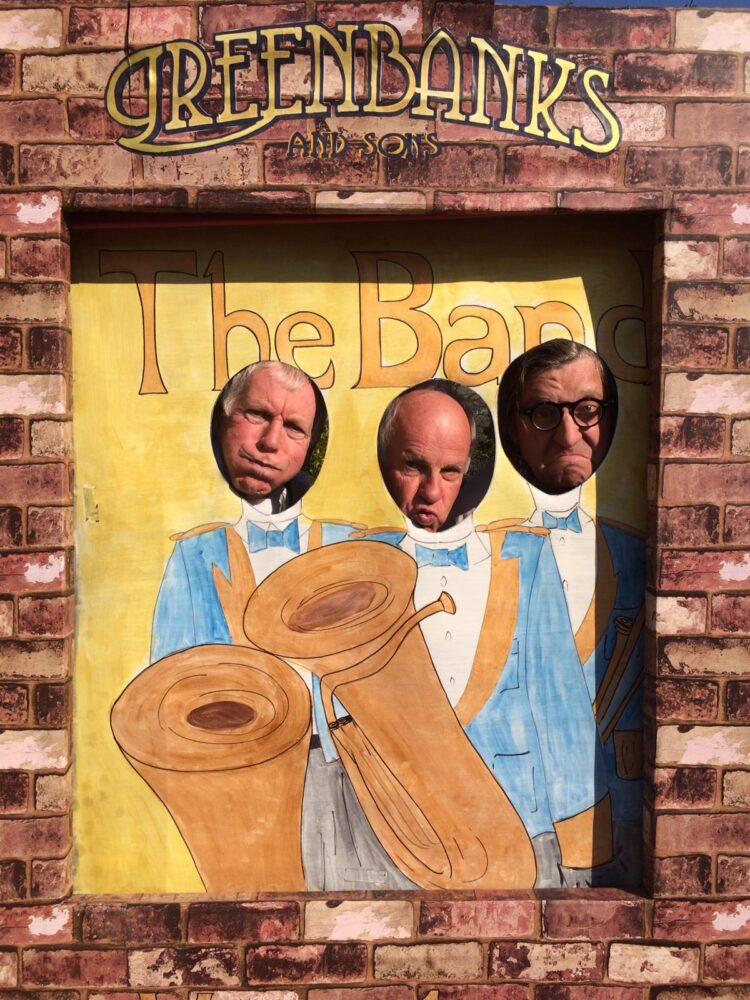 We were delighted to be joined for the celebration event by comedy characters Jebediah Heckerslike, a local craftsman and amateur historian and Obediah Ifyoulike, a local photographer, who brought some theatrical flair to our high street. Heckerslike Tours led a humorous – but factually accurate – walk around points of interest in Mossley from the site of J. Lees’s Chip Potato Restaurant, established in 1863, to the site of Tameside’s first Cooperative Society shop, past Sam Laycock’s studio and eventually meeting up at the site of Smiths Photography Hut at Brookfields. Here we were greeted by Obediah Observateurs, a photo stand-in booth with scenes reminiscent of the old Smith Studio and Whit Walks photographs from years gone by. Assisted by their pal Peter, (forming a Boy Band, who can be seen here) there were delights and dramatics, as well as historical insights including a little know story about the Pelican Crossing being invented in Mossley; after the sea faring bird arrived at a party hosted by former Prime Minister James Callaghan who was a Mossleyite apparently! We might have to add a disclaimer to this as we think it might be more performative poetic licence than actual historical fact…but it got some giggles and that’s what made the day!

Jebediah Heckerslike and Obediah Ifyoulike are characters created by Mossley based Greenbanks Productions, a partnership between Gordon Banks and Mike Green who have been performing and creating street theatre together for over 30 years.

Special thanks to everyone who participated in these theatrical goings on! Did you form The Band? Or put on your Sunday best? LOOK OUT FOR YOUR PHOTOGRAPH BELOW!

Scroll through the images by clicking the circles under the carousel. Note the number here on the left of your photograph then click on the corresponding download below. 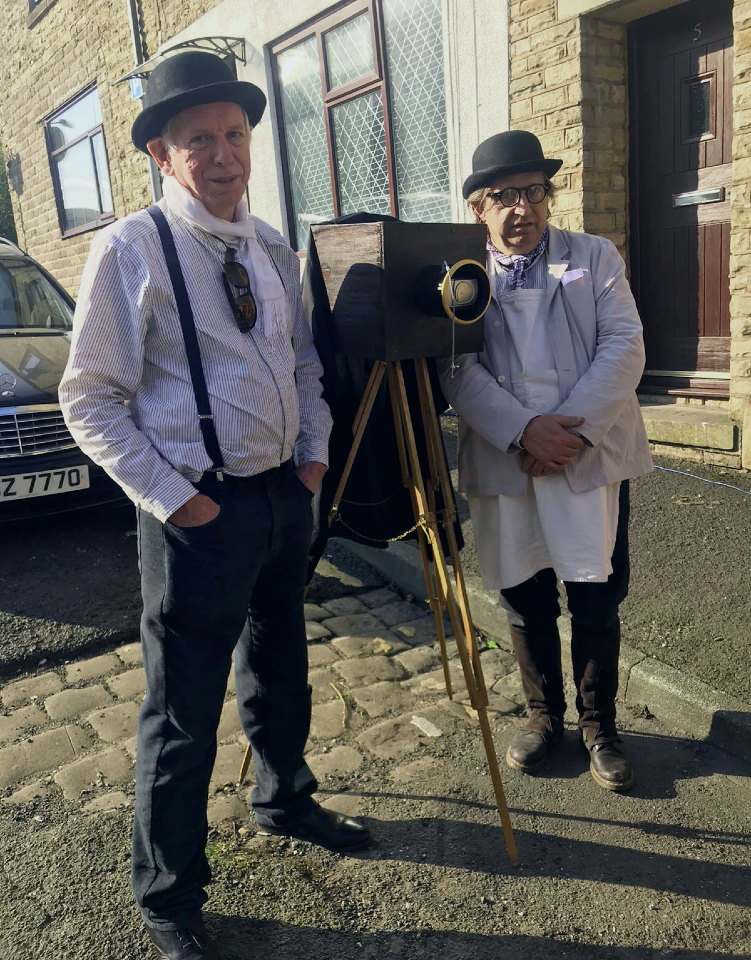 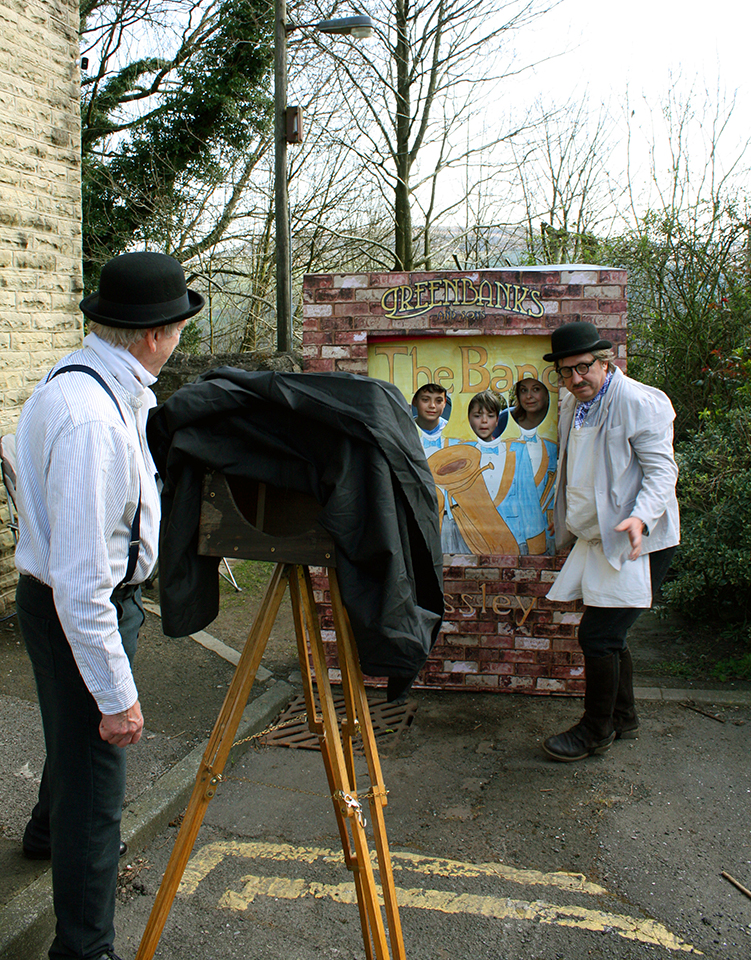 UP OUR STREET
BACK TO PROJECT HOMEPAGE